'The Anushree Experiments' is a light comedy feature film about a young woman who believes she is stupid. When her parents decide to get her married, Anushree comes up with some ingenious ways to sabotage their plans and in the process has a breakthrough in her own intelligence.

When you meet Aparna Malladi, the first thing that you notice is her infectious enthusiasm for her work and joie de vivre.

“The Anushree Experiments revolves around a young woman named Anushree who believes herself to be stupid. When her parents decide to get her married, Anushree comes up with ingenious plans to sabotage their efforts and in the process has a breakthrough in her own intelligence,” 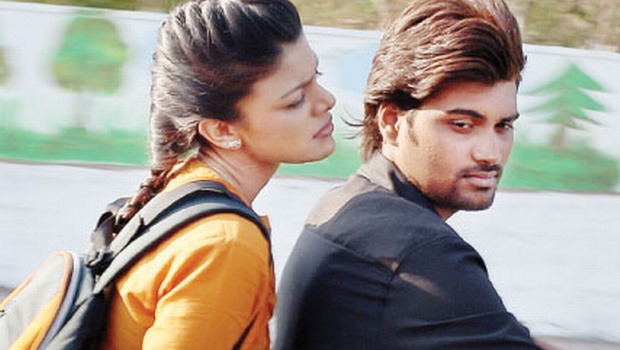 Filmmaking was something that happened by chance for Aparna Malladi who studied chemical engineering in Osmania university and then went on t0 study molecular biology in the United States.

“It was after taking a class in bolex camera loading that I decided to pursue filmmaking full-time,” recalls Aparna whose films are mostly women-centric.

She has directed films like Nupur and Mitshein, both of which have been lauded in film festivals internationally. And girl power is something the 44-year old believes in strongly if the crew of her film The Anushree Experiments is anything to go by. “Almost 50 per cent of the crew was female and all the key roles were held by women,” shares the director, who shot the film in various locations in Hyderabad.

However, making the movie was no bed of roses for the director. When it came to funding, after a long and fruitless search for investors in Hollywood, Aparna decided to test the waters in Tollywood.

“So I came here and met a few producers and directors but none of them wanted to really take it up due to apprehensions in  marketing and other reasons,” says Aparna.

So after two years of pitching the screenplay in Tollywood and Bollywood, she came across the concept of crowd-funded filmmaking which had worked wonders for her filmmaker friends. “I told friends and people I know about my film and soon funds started trickling in,

albeit slowly,” shares Aparna. And while people did send in funds, the amount came to only one lakh which barely covered the transport fees for the supporting actress. By then, Aparna had decided to finance the film on her own with savings from her day job.

However, self-financing the film wasn’t an easy

decision. “I had to work my day job in Los Angeles and I would come back home and log on to skype, through which I co-ordinated with people in Hyderabad for pre-production.

I conducted auditions and rehearsals through skype and found two actors this way,” she explains.

The only missing piece now was the protagonist for the film which came in the form of Ulrika Krishnamurthi. “I met Ulrika through a friend who told me to come to Paddington station in London to meet her. The moment I saw her, I knew I had met my Anushree.

She was exactly how I had envisioned the character. Finding my lead actor was like the foundation stone to my project,” feels Aparna.

Interestingly, Ulrika Krishnamurti who also happens to be singer Suchitra Krishnamoorthi’s niece, got married two days prior to shooting of the film and was present on the sets soon after.

Once the lead actors and the principal cast was in place, shooting for the film was a piece of cake.

“People have worked on this film like it was their own.

Except for the nominal fee paid to the editor, music composer and a few others, everyone worked for free,” she adds.

The Anushree Experiments is now in its post-production stage with plans to preview it in the near future.