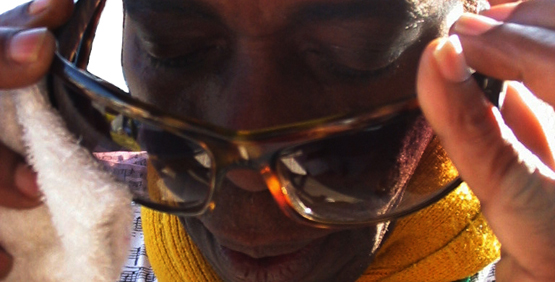 Internationally known master drummer, Remi Kabaka, is currently in Los Angeles performing his new album titled “The Past, Present and The Future.”Remi is the son of a West African chief and is one of the early members of the musical group “Osibisa.” He has lived in England and has recorded with and toured the world working with legendary musicians such as The Rolling Stones, Hugh Masekela, Paul McCartney & Wings, Paul Simon, Eric Clapton, Jimmy Hendrix ,Steve Winwood & Traffic, Ginger Baker's Air Force, Jim Capaldi, Bob Marley, Jimmy Cliff, Ras Michael, Bob Dylan, and Toulouse Engelhardt, just to name a few. He was a contemporary of Fela Kuti and could be found jamming in underground clubs with Fela in the 80s in Lagos, and he can be heard on countless recordings from the last 40 years. Mr. Kabaka’s extraordinary musical talents put him ahead of many of today’s drummers. //// The original African musicians who came to the U.S. helped pave the way, and a perfect example of such a musician is Remi Kabaka, who is one of Afro-rock's avant-garde drummers. In the early '70's, he laid the initial drum patterns that created the Afro-rock sounds in bands such as Ginger Baker's Airforce, the Rolling Stones, and Steve Winwood's Traffic. He worked with Winwood, Paul McCartney (of the Beatles and Wings), and Mick Jagger (of the Rolling Stones) in the '70's.What made Remi different from other African ensemble musicians was his dedication to promoting African music, not just playing 'African-sounding' music for others. His quest to spread 'highlife' (a type of African) music started a long time ago. By 1984, he had seen European kids finally playing African music: 'they have congas and timbales, they even play African chords’. When Remi played in the '70's, companies didn't know how to market African music; it was a bad business market. For example, companies would say 'yes' to musicians like him, the band would work in awful conditions to produce an album, and then the companies would back out. Now, however, Remi plays in Albert Hall (a prominent London concert hall) and makes highlife crusades in Europe. He turns on Capital Radio and hears 'African-style music.' And even though it's becoming fashionable now, it was due in part to the work of pioneers like him. Kabaka could have melted into the international scene quite easily by doing disco, or staying a session man or ace drummer. But he always kept to the goal of African music, and fronted risky bands with African sounds. Kabaka acknowledges the important place of native Africans in the development of African fusion; according to him, his work in America with legendary trumpet man Hugh Masekela cannot just be duplicated by interested American musicians, even African-Americans who 'have usually been playing jazz and funk so long, they've lost that African vibe.

Produced and directed by Remi Kabaka. Engineered at reef recording by Josh Achzinger.